Donald A. Hall Jr. announced as our first Honorary Board member 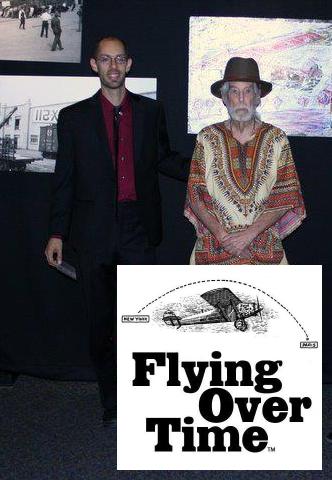 When we first started this project as a traveling exhibition concept I hoped it would take on a life of its own. We intended to change the way art and science is taught while integrating the story with the humanities as I was taught at Arizona State University (IAP and IAS programs). However, I never knew it would spin off into its own 501-c3 non-profit corporation. With Board members, executive staff, volunteers, the charity has taken on a life of its own. Flying Over Time is now the creation of all of our team and will be growing in the coming years as our goal to impact STEM and reduce the cost of innovative/creative teaching materials for teachers nationwide.

Thus, I am proud to announce the formation of our Honorary Board and the first member of that honorary Board, my father, Donald A. Hall Jr. It was the younger Don, who grew up on Xenophon St, in Point Loma, San Diego who provided the critical link to my grandfather, Donald A. Hall Sr. in crafting and writing my book, Spirit and Creator: The Mysterious Man Behind Lindbergh’s Flight to Paris. Without this primary resource, a great deal of the stories and little known facts could have been lost and disputed. He tells stories of living in a city where he and his father were known, yet within the shadow of the T.C. Ryan’s mansion on their same street. My father was a man never comfortable with the “lies” that seemed to swirl around the Spirit of St. Louis in San Diego. It wasn’t till he was called in to the Ryan Aeronautical offices by T.C. Ryan and Mr. Wagner that he realized how much of a issue these men felt it was. Because of this interaction that seemed so random (the details are written by my father in the Appendix of my book), that Don later picked his father’s mind for the truth. The disease it brought him was only heightened because he was play mates with some of the Ryan boys.

One major fact that my father strongly disputes with other revisionist historians and pilots, was regarding the planned or unplanned stability of the airplane. Don is adamant that Charles Lindbergh and Donald A. Hall Sr. knew and planned the stability issue as a backup “alarm” to wake the assumed to be exhausted pilot. As it turned out, Lindbergh was unable to sleep the night before he left, and had been awake the previous day. As is clearly painted in “The Spirit of St. Louis” by Charles Lindbergh and the movie of the same name, the sleek silver plane woke the young pilot numerous times, saving his life on the flight that would change everything.

I’ve sat and listened to pilots and others who have argued with me about this fact. Its both frustrating and understandable. “No pilot would want a unstable airplane” is a common response. I agree under normal circumstances Yet, I disagree with the uniquely designed and quickly build Spirit of St. Louis. According to Ev Cassagnares, it was literally the first aircraft that was designed and build with a single flight and a single pilot in mind. “…Hall was designing the glove, that would fit over the hand, that was Lindbergh” A. Scott Berg, “The Hunt for Amazing Treasures , TLC, Sept. 2001. Normally, these opinions are from those who still think T.C. Ryan was the man behind Lindbergh’s airplane. Other craft have since followed that concept, like Burt Rutans Voyager, and the Bell X-1.

Every single aspect of the building, designing, and flight of the Spirit of ST. Louis was meticulously planned. Nothing was assumed. Nothing was to be overlooked. Since a simple fuel line getting clogged would mean death, and with fatigue being the critical variable factor, the two men had no intention of ignoring it. The story of how grandfather compromised with the redesigning of the tail surfaces of the Ryan M-1 is what everyone knows. But it leaves out how important they, Lindbergh and Hall, would have analyzed it and decided if it was sufficient for the experienced aviator to pilot.

According to my father, the two men agreed that a slightly unstable aircraft was desirable, not a accident. I choose to believe my father and the men I’ve come to understand, Donald A. Hall jr. and Charles Lindbergh.