The Mysterious Man Behind Lindbergh’s Flight to Paris

Inside the cracked and weathered exterior of an old steamer trunk, a family secret was waiting to be discovered. In 1999 Nova Hall, grandson of Donald A. Hall, uncovered a locked World War I era steamer trunk in his family’s garage. The trunk held a collection of more than 100 never-before-seen photographs, personal correspondence with Charles A. Lindbergh, original documents, design instruments, models, negatives, and film footage. Through those “treasures” archived by Donald A. Hall, we discover the mysterious man behind Lindbergh’s historic flight to Paris. This book is a visually inspiring story of their teamwork and triumph.

It all began in late February 1927 when chief engineer Donald A. Hall first met the young aviator Charles A. Lindbergh. What Lindbergh proposed was not only controversial, but seemingly impossible. All who had attempted the Atlantic crossing by air were lost or had died on the runway. Nevertheless, these two strangers came to trust each other. Sixty days later, their concept of a trans-Atlantic flight became reality in the form of a specialized aircraft that only Lindbergh could fly. 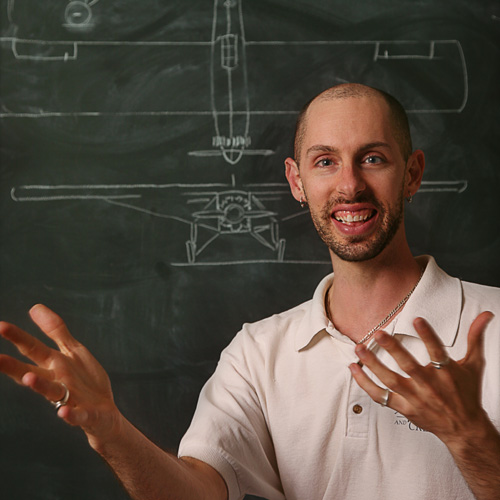 ~ Recieve the new soft cover “Flying Over Time Limited Edition” with signature of the author, available via a $75 Donation to Flying Over Time (501-C3).  It is also avilable by direct purchase on Amazon or through the publisher’s website,  (Purchase direct from Publisher) ~

Author and
grandson of
Donald A. Hall Sr.

“Nova Hall’s “Spirit and Creator” presents a new and intriguing look at the design and construction of Charles Lindbergh’s amazing plane, the “Spirit of St. Louis.” Built in an astounding 60 days, the “Spirit” was a unique and, this book makes clear, radical aircraft designed for one goal: to make a flight from New York to Paris possible. …  The text is well-written and, while somewhat spare, it presents a highly reverential account of the life of Hall and his work on history’s most famous plane (Wright Flyer notwithstanding). The photographs are amazing, and there are hundreds of them, some culled from extremely rare and precious nitrate motion picture film prints.”  – Mark Clark, California (full review on Amazon.com)