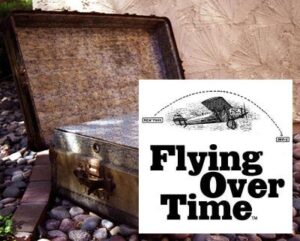 Discovered in 1999 by Nova Hall. Shown on TLC’s Hunt for Amazing Treasures in Sept. 2001

In 1999, Nova Hall discovered a locked steamer trunk in his family’s garage, in Sedona, Arizona. While he had been told about his grandfather’s role in 1927 as a child, he assumed that grandfather was one of many engineers. This was reinforced through the many visits he took to the San Diego Air and Space Museum with the YMCA and his father. At the time, Donald A. Hall Sr. was barely mentioned in the displays and information about the historic flight.

This all changed in 1998, when Nova and his father were visited by Ryan and Spirit of St. Louis historian Ev Cassagneres.  Mr Cassagneres was attempting to finish his book, The Untold Story of the Spirit of St. Louis, when he opened Nova’s eyes in terms of the role his grandfather had in the design.  It was then that he said, “There may be a book in this, about your grandfather, if your interested.” 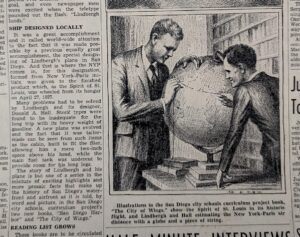 Some of the newspapers discovered in the WWI era Rose Chest

A year later, Nova was deciding what to keep and what to give away in the family garage, when after moving a few boxes, he found a hidden treasure. There, protected from the elements, was an old World War I Rose trunk.  Nova’s grandfather’s initials were stenciled on the side.  It was this discovery and its contents that would allow history to be changed. This discovery was later shown on The Learning Channel in 2001. (video below)