The Theatric Play @ ASU: The Creator Behind the Spirit of St. Louis 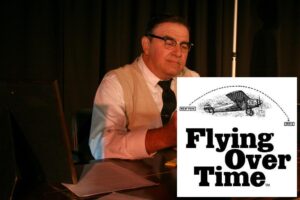 The Creator Behind the Spirit of St. Louis is the story of Donald A. Hall Sr., in the 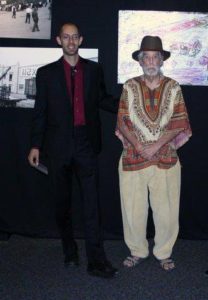 last year of his life. It is 1968 and while Mr. Hall has retired from his Navy engineering job in San Diego, his health has started to fail. However, that most famous of moments in his life, when he designed and engineered the Spirit of St. Louis for Charles Lindbergh in 60 days continues to bring him fame and pain.

He receives a letter from an eager young news reporter, hoping to score a interview with the reclusive aviation engineer. It is shortly after the 40th Anniversary of the flight, and Mr. Hall is tired, but willing to answer a few questions at his home on Xenophone St. inPoint Loma. But what are the reporter’s intentions? What are the true questions he seeks? How far is he willing to push, to get the story from the creator of the Spirit of St. Louis?

Why a one Act Play?

In 2011, Flying Over Time premiered the one act, one person play about Donald A. Hall Sr., The Creator behind the Spirit, written by Nova Hall.  The play was written as Mr. Hall’s thesis project in script writing in ASU’s New College, after Nova Hall completed his initial movie script based off this book, Spirit and Creator: The Man Behind Lindbergh’s Flight to Paris.

From his first movie adaptation, mentored by Alan Tongret, the play evolved into the script that was directed and shown in La Sala (director Tiffany Kell).  The script was further refined with his Arizona State University professor Julie Amparano (). 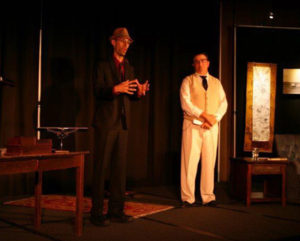 Inspired by multiple successful plays, especially Roger Guenveur Smith’s “A Huey P. Newton Story”, (which was later adapted onto film by Spike Lee), the The Creator Behind the Spirit has received very positive reviews. Donald A. Hall Sr. was acted by James Ried, a local Telly award winning actor. This play style is one of the most difficult structures portray since the writer and actor are forcing the audience to “fill-in” the gaps between the actor’s dialogue.  Much of what isn’t being said, but heard by the actor, can seem to be “in the actor’s mind”, however that isn’t the case in The Creator Behind the Spirit of St. Louis.